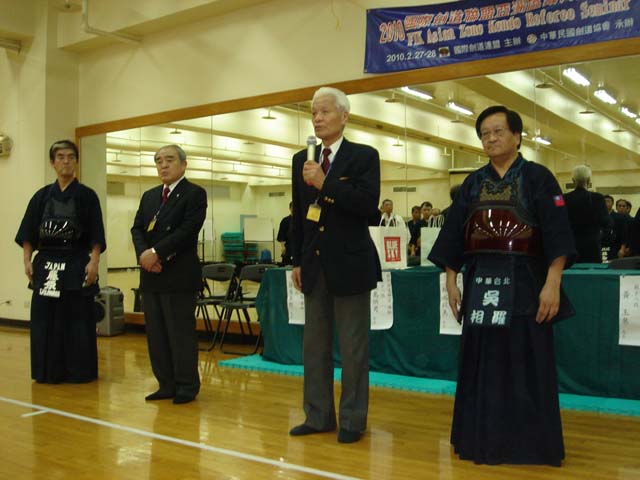 FIK Asia-zone Kendo Referee Seminar was held on February 27 and 28, 2010 at Taiwan University Gym in Taipei Taiwan.
The Officials and Instructors from FIK Japan were as follows.

Number of trainee was 118 from 10 countries and total attendee was more than 150 including the exhibition match players and local Kendo staffs.

Following to the opening message by Mr. Wu president of ROCKA, Mr. Matsunaga FIK VP made a speech what is the important point for the refereeing, and also FIK instructors made the important explanation for Kendo Referee.

The main point of this seminar was to clarify and ascertain Yukodatotsu and detail of refereeing.

After 2 days seminar, judging skill of Yukodatotsu has been improved and confirmed.