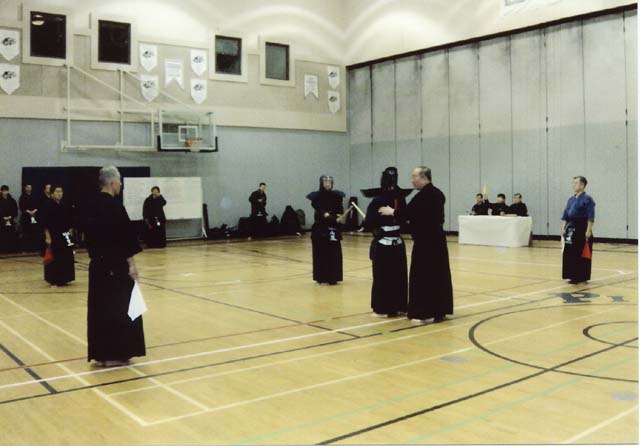 FIK American Zone Kendo Referee Seminar was held on March, 27 and 28, 2010 at the Pinetree Community Center Gymnasium in Vancouver in Canada.
The instructors from FIK Japan are as follows.

The 82 trainees from Brazil, U.S.A., Canada, Aruba and Hawaii were participated to the seminar.
On March. 27 (Sat.), following to the opening speech by Mr. Okusa president of CKF, instructor Mr. Kakehashi stated about the significance of this seminar, object of judgment, duty and rules of refereeing.

For 7 Dan and the above, FIK instructors trained trainees, taking the World Kendo Championships in consideration, for improving capability and nature for exact judgment. For 6 Dan and the below, we trained mainly basic points like management of shiai, judgment of yuko-datotsu, prohibited acts & hansoku and senkoku & use of Shinpan-ki.