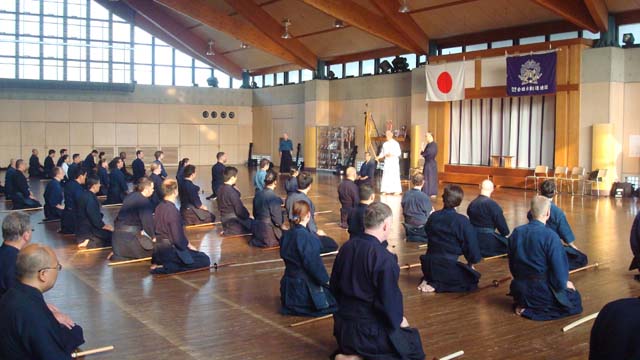 The 58 Kendo leaders who came from 38 countries all over the world, mainly from FIK affiliates organization.
The participants are mainly Kendo 3-Dan to 6 Dan holders who are the current Kendo leaders or the leaders in the future of that country.

All participants had a chance to learn from the many high level instructors. The contents of the seminar are the basic/advanced skills of Kendo, Coaching, how to referee, Kendo Kata, and so on. Particularly, “Training Method for Fundamental Kendo Techniques with a Bokuto” is included as one of the contents.

Besides the instructors, there were more than 14 Motodachi Sensei in total for the Keiko time. So the participants had good opportunities to do Keiko with various high level Senseis.

**This work was subsidized by JKA through its promotion funds from AUTORACE. 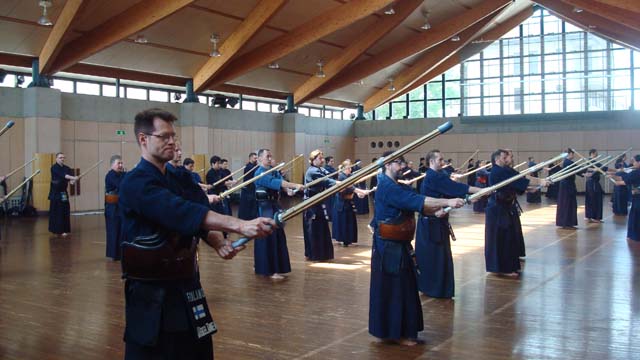