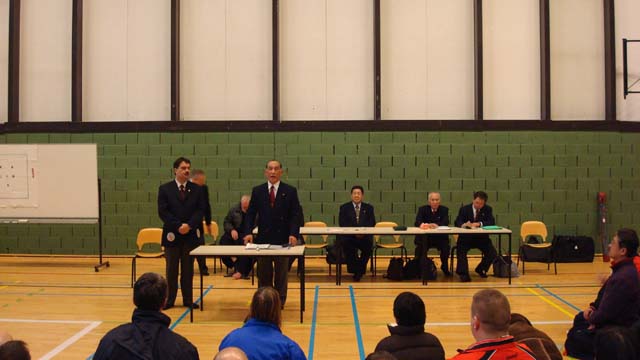 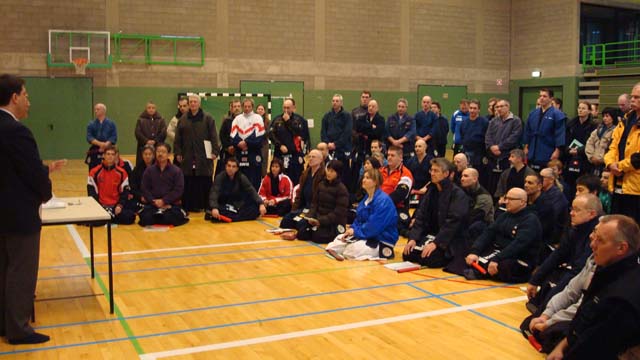 FIK European-zone Kendo Referee Seminar was held on February 7 and 8, 2009 in Brussels, Kingdom of Belgium, as in the past years. Before the formal seminar, Ji-Geiko for 90 minutes was carried out in the evening of February 6 joining 120 participants.

In addition, the following 2 more delegates were joined to the seminar from FIK Japan in this year.

This was a special case, the delegation has been received traveling subsidiary from Japanese government this year.

The seminar was started from 7th Feb. there are formal trainees of 96 from all over the Europe, and some local players for referee training, total participants were more than 120.

Following to the opening message by Mr. Alain Ducarme President of European Kendo Federation, Mr.Fukumoto VP of International Kendo Federation explained the propose of this seminar and important points.
After that, Mr. Sato and Murakami explained to the participants the aim of this seminar and detail points of refereeing, i.e. making sincere efforts in improving the referring skills to judge Yuko-Datotsu correctly and to deal swiftly and properly with prohibition items and positioning among the referees.

We could have wished to do more challenging practice and expect further devotion. 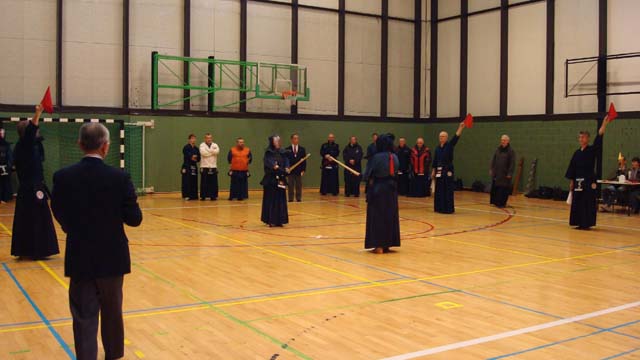